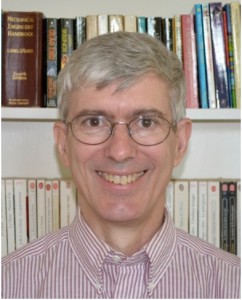 ScholarFITS is run by Managing Director Bill Smith. After working in sales, finance, and management for several manufacturing companies, in 2007 Bill decided to try something different. He bought a small software company called Think Ahead that specialized in college planning and financial aid.

Think Ahead’s core product was an EFC (Expected Family Contribution) estimator. EFC is a measure of a family’s economic capacity to pay for college – it determines eligibility for need-based financial aid. Bill became an EFC expert, mastering the complicated formula and learning the many variations colleges use to calculate and award financial aid.

Customers for Bill’s software included colleges who wanted to give prospective students an idea of how much it would cost them to attend. These colleges put customized versions of the software on their websites so students and families could estimate their cost after financial aid. As more colleges became customers, they included their own variations; for example how they award merit aid in addition to need-based aid. They also asked Bill to program their complete awarding approach into online calculators that showed grant and loan aid provided by the federal and state governments as well as directly by the college. The result was a very accurate early estimate of what the student’s final cost would be, including:

In 2011 the federal government required that all colleges include online financial aid estimators like the ones made by Think Ahead, defined by law as “Net Price Calculators,” or NPCs. Overnight as many as a dozen companies started selling colleges NPCs of varying quality, though Think Ahead’s calculators were acknowledged by financial aid experts to be the gold standard. Bill sold the company to Student Aid Services, which had the financial resources and technical expertise to go from a handful of NPC customers to serving hundreds of colleges at once.

Bill started ScholarFITS in 2014 to help students and families understand and manage the cost of college. Using the knowledge he’s acquired over hundreds of meetings with admissions, financial aid, and enrollment officers, he helps families identify colleges where they can maximize their chance of getting merit- and/or need-based aid. He helps them balance the goal of the best college price with the academic and social elements of going to college. He helps them understand not just the price, but how to pay for a college degree.

Bill has a BA from Williams College and an MBA from the Kellogg School at Northwestern University. He received a Certificate in College Counseling with Distinction from UCLA.